Skip to Content
Home Books Q&A: What happens in France by Carol Wyer
by 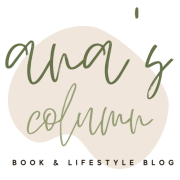 Title: What Happens in France

Book Blurb: She stood and took her place in front of the camera… It was now or never”

Bryony Masters has been looking for her long-lost sister, Hannah, for years, but when their father has a stroke her search takes on new urgency. So when primetime game show, What Happens in France, puts a call-out for new contestants, Bryony spots the ultimate public platform to find her reality TV-obsessed sister, and finally reunite their family.

With the help of handsome teammate Lewis, it’s not long before she’s on a private jet heading for the stunning beauty of rural France. With a social media star dog, a high maintenance quiz host and a cast of truly unique characters, Bryony and Lewis have their work cut out for them to stay on the show and in the public eye.

This heartwarming romantic comedy of friendship, family and laugh-out-loud adventures is perfect for fans of Kirsty Greenwood, Colleen Coleman and Marian Keyes.

As a child Carol Wyer was always moving, and relied on humour to fit in at new schools. A funny short story won her popularity, planting the seed of becoming a writer. Her career spans dry cleaning, running a language teaching company, and boxercise coaching. Now writing full-time, Carol has several books published and journalism in many magazines.

Carol won The People’s Book Prize Award for non-fiction (2015), and can sometimes be found performing her stand-up comedy routine Laugh While You Still Have Teeth.

Like many authors, my writing came from a love of books. Ill health played its part and thanks to spinal difficulties in my teens, I found myself in hospital on traction for 13 weeks, unable to move. Reading was my solace. I was already an avid reader but over that time and the subsequent months following spinal surgery, when I was still bedbound for months, I read and read and read.

I began writing during my second lengthy stint in hospital. At that time, I wrote epic letters, pages and pages, to friends and families charting the humorous side of being stuck in hospital, based on the anecdotes the nurses relayed to me. Everyone loved my letters so much, they asked for more. When I finally came through and recovered enough to finish my education, move abroad to Casablanca and work as a teacher, I wrote for pleasure – short stories for children about camels and dustbin cats – inspired by my surroundings. I did nothing with them other than keep them and it wasn’t until my thirties that I wrote in earnest, once again for the children’s market, only this time it was a series of highly illustrated, humorous books that taught French to children aged 3-5.

It was only after my son flew the nest back in 2009, I decided it was time to do what I’d always wanted to do and write a novel for adults. Mini Skirts and Laughter Lines was my debut light-hearted novel. In it, Amanda Wilson is rapidly facing 50 with all that entails. Her grumpy husband has been made unemployed and her now errant son has boomeranged back into the nest causing mayhem, while her party-loving mother has found a toy-boy in Cyprus. She starts a blog to release her frustrations and anxieties and then boom! Her first love finds her online and she has to decide if she wants to turn her back on familiarity and start again. Written as it is in a series of blog posts, it attracted a lot of media attention (and sales), and I was featured in Woman’s Own Magazine as a best-selling author. That was the beginning of my ‘proper’ writing career.

2) What is the biggest thing that people think they know about your genre, that isn’t so?

They probably assume I only write romantic comedy or chick lit to make them laugh and I do, but I always try to educate when I write too… comedy is a brilliant way of getting messages across and the serious theme of children running away underpins What Happens in France. I did a lot of research into missing teenagers and agencies that try to assist parents or loved ones. The number of children who go missing is frightening – according to statistics from Missing Kids UK, a child goes missing in the UK every three minutes. I didn’t want to go into it in too much depth because the book is a comedy, after all, but I hope readers will spare a thought for youngsters who disappear and their parents who might never find out what has happened to them.
3) How did you become involved with the theme of your book?

I’ve always been a complete Francophile and have spent a huge amount of time in France living, working and travelling around it and have written other books set in France. I decided to do so again. Geographically I know it better than the UK and somehow, France lends itself to romantic comedy!

I’d harboured the idea of Hannah running away from her family for some time and wanted to explore the reasons a teenager would feel the need to do so, and the lengths somebody would go to find that loved one. The answer sprung to mind while flicking through television channels and noticing the number of reality game shows that were on. I wondered if that was a format I could use. After applying to several game shows, I suddenly found myself on one – Decimate with Shane Richie – and discovered what went on behind the scenes. However, it was a quiz show and I needed something more – a proper look at how reality game shows were made, so when the producer of Decimate, who’d thought I’d be ideal for a new show hosted by Alan Titchmarsh, phoned me, I seized the opportunity. That show, Masterpiece, turned out to be perfect for providing the inspiration I needed, not only for the madcap show that takes place in France but for some of my larger-than-life characters.
4) What were your goals and intentions in this book, and how well do you feel you achieved them?

My primary goal was to provide pure escapism and enjoyment. I wanted to create something that would make readers laugh, cry and get so involved in the book and with the characters they’d forget woes and worries. I hope I’ve achieved that. Early reviews indicate I have.

5) What was the hardest part of writing this book?

Probably getting onto the quiz shows as part of the research! The book flowed beautifully. I’d had the ideas for quite some time before I decided to pull them together into one story. The characters had been waiting quietly for their time. It was in truth, one of the easiest books I’ve ever written. (And to date, I’ve written twenty.) Spending hours filling in application forms to get auditions for television shows was another matter.

6) What did you enjoy the most about writing this book?

I can honestly say I enjoyed writing the entire book! Given I also write crime fiction which is heavy going at times, especially as I often write from the killer’s point of view and can find those scenes draining, this was a joy. I always try to get into the character’s heads, a bit like method actors who live their roles and are the characters on stage, I am all the characters in the book for a while, so writing such a fun mob was such a welcome change.
7) What are your plans for the future projects?

I have a second romantic comedy coming out in April, three further books in the DI Natalie Ward series, and have planned out a third romantic comedy that will also be set in France. I have another DI Robyn Carter book to write at the end of the year and am working on another crime series… so, quite a few things to be getting on with.

8) What would you say to the readers that have never read any of your books?

I’m a terrible salesperson. I never know how to convince people to read my books other than to look desperate and say, ‘Please try one!’ All I can say, is once people have read one of my books, they usually read all or most of the others, and then often message or email me to say how much they’ve enjoyed them. Now will you read one now?

I want to thank Canelo for the wonderful opportunity, it has been a pleasure working with you as it always is. Thanks to Carol for agreeing to do this Q&A.

Please check other stops for this tour!